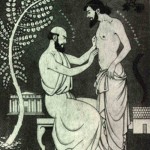 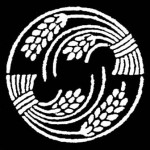 Modern Macrobiotic philosophy and teachings started with the research of George Ohsawa (1893-1966), who healed himself from last stage tuberculosis at a young age. He studied Sagen Ishizuka‘s (1850-1910) theories about nutrition. Ohsawa combined nutrition with the balance of mineral salts, I Ching, Yin Yang and other eastern knowledge along with the scripts of western philosophers and therapists among which was Hippocrates, Aristotle and others. He dedicated his life in the teachings of Macrobiotics.

Michio Kushi was one of his closest students. In 1947, in the age 20 he moved to the USA, established the Kushi Institute in Massachusetts and travelled all over the world to spread the Macrobiotic practice.
In Europe, there are many great teachers, that have been continuing Michio Kushi’s work for decades, like Fransisco Varatojo, Adelbert & Wieke  Nelissen, Jeanne van den Heuvel, Simon Brown and others.

Yin Yang and the Macrobiotic philosophy

Heraclitus proverb “Everything flows” is meant to underline the ever-changing nature of the world around us.
If we observe the phenomena around us, we understand that the creation is based on a dualistic nature with endless expressions:

In Oriental philosophy these 2 energies were named:

These two energies form all manifestations in life.
They are opposite but complementary, as nothing is absolutely Yin or Yang,
but rather one of the two prevails over the other so that we can characterize a condition or phenomenon as more Yin or Yang.
We always say that something is more Yin in comparison to another (for example, someone behaving aggresively is more Yang than a peacemaker).

Two sides of the same coin

In Macrobiotics we say “the bigger the front side, the bigger the rear side”.
An example of this would be that the tendency of modern society to treat the symptoms of diseases (front), created the tendency for research in holistic remedies (rear).